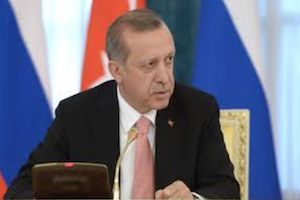 BACKGROUND: The covid-19 outbreak in Turkey has escalated rapidly in recent weeks. Among emerging markets, the country now reports the second highest number of confirmed cases after Russia. The Turkish government has taken various steps to try to limit the contagion, but has not imposed a full lockdown. Dozens of cities, including Istanbul and Ankara, have been placed under curfew for two days for the weekends. During the week, however, the curfew only applies to those under the age of 20 or over 65. (Public and private sector employees as well as seasonal agricultural workers aged between 18 and 20 are exempt from the curfew.)

The absence of a full lockdown is much debated. Millions of employees, especially those in the informal sector, have no choice but to continue working. Presidential spokesperson İbrahim Kalın defended the decision not to impose a full lockdown, saying that it would be too costly. However, a group of economists from Istanbul’s Koç University and the University of Maryland contest the claim in a recent report. “When the full lockdown is delayed, it becomes harder to contain the pandemic, and thus the duration of the lockdown and hence the economic costs increase,” the report warns.

The measures to alleviate the economic impact of the pandemic include a $15 billion fiscal stimulus plan, a stop to all bankruptcy and financial execution proceedings, a three-month moratorium on loan repayments, and a ban on layoffs for three months. The Employment Insurance Fund pays 39.24 Turkish liras (about $5.70) per day for three months to workers forced to take unpaid leave during the pandemic. In addition, around 4.4 million low income families have been provided with cash support of 1,000 TL ($148).

However, these measures are proving insufficient to prevent a steep and dramatic rise in unemployment. According to a report by the Republican People’s Party (CHP), the main opposition party, over five million have already been either temporarily or permanently laid off. Seyfettin Gürsel, director of BETAM, a think tank in Istanbul, predicts that 13 million jobs will be lost and that an unemployment rate never before seen in modern Turkish history is all but inevitable.

The most immediate economic challenge for Turkey is to tackle its huge short term external debt. Turkey’s large foreign currency debt makes it extremely vulnerable. Around $172 billion of external debt, most of which belongs to the private sector, will need to be serviced over the next year. Yet the pandemic dries up Turkey’s main foreign exchange sources, tourism and exports. While travel restrictions will lead to a dramatic slump in the tourism industry, exports will also be hurt.

The diminution of the foreign exchange reserve aggravates the situation further. “Turkey is among countries most susceptible to refinancing risks given the size of its upcoming bond redemptions compared to foreign exchange reserves”, the credit rating agency Moody’s observes. The gross foreign currency reserves of Turkey’s Central Bank have recently fallen to historically low levels, after the sale of U.S. dollars to artificially prop up the Turkish Lira. The ratio of short-term external debt to the central bank’s gross foreign exchange reserves is larger in Turkey than in any other major emerging market. A balance-of-payments crisis looms as the pandemic is not likely to be over anytime soon.

IMPLICATIONS: The fall of oil prices will offer Turkey some relief. The country is a major energy importer, importing 99 percent of the natural gas it consumes and 89 percent of its oil. Still, the decline in the price of oil will not be enough to offset the slump in tourism and of export revenues.

Considering the short term debt obligations, some economists argue that Turkey has no choice but to turn to the International Monetary Fund. “Ankara needs to figure out a way of bailing out the economy without causing a balance-of-payments crisis. And because this is so difficult to do on its own, the only practical solution, normatively speaking, is an IMF program – no matter how unrealistic the politics of it may sound”, says the economists of the Global Source Partners, a research firm. However, turning to the IMF for financial support would be damaging for the image of national economic mastery that Recep Tayyip Erdoğan has cultivated. Erdoğan has claimed credit for ending Turkey’s last IMF program, which was implemented in the beginning of the 2000s. Having portrayed himself as the economic liberator of his nation, accepting IMF assistance would amount to an admission of failure.

The U.S. Federal Reserve has provided dollar swap lines – with the Fed accepting other currencies in exchange for dollars – for 15 foreign central banks, hoping to prevent the pandemic from causing a global economic collapse, and Ankara has been holding talks with Washington about participating in the swap. Erdoğan’s director of communications, Fahrettin Altun, argued that the swap agreements between central banks should be enlarged to include all members of the G20 group of large economies, among which Turkey is included. However, there are major hurdles that will have to be overcome between the two countries, and it is by no means certain that the U.S. will agree to extend the swap line to the Turkish Central Bank. Washington recently warned that Turkey cannot have both the Russian S-400 anti-aircraft defense system and American F-35 fighter jets. It is plausible to assume that Turkey’s request for a swap line from the U.S. Federal Reserve will be considered in the same light by the United States.

Besides turning to the IMF and Federal Reserve, other options for Turkey would be to print money and impose capital controls, and this seems to be underway. Mirroring the quantitative easing program in the U.S. – in which the Fed purchases longer-term securities in order to increase the money supply and encourages lending and investment – the Turkish Central Bank purchases bonds from the domestic banks. Also, the Central Bank has lowered interest rates by 200 base points in two consecutive meetings to revive economic activity. In addition to these measures, 50 billion TL is disbursed through state banks to companies that suffer from the consequences of the pandemic.

Furthermore, the Turkish government employs a sticks and carrots policy to overcome the reluctance of the private banks. President Erdoğan and Treasury and Finance Minister Berat Albayrak have repeatedly slammed private banks for failing to support companies. The Banking Regulation and Supervision Agency (BDDK) recently announced a new regulation to push banks to step up lending, purchase more government bonds and engage in swap transactions with the central bank. According to the new regulation, banks will need to maintain a new “asset ratio” of at least 100 percent from May, and to do that, they will have to increase their lending to the private sector and to the Treasury.

CONCLUSIONS: There is every reason to expect that the covid-19 pandemic is going to have far-reaching consequences for the Turkish economy which is headed for a sharp contraction in output in the coming months. This will be the second recession in less than two years. The IMF predicts Turkey’s economy will shrink by 5 percent this year. Moody’s ratings agency expects a cumulative GDP contraction of 7 percent in the second and third quarters. And this may only be the beginning. The question is if the Turkish economy will even survive the pandemic.

That will depend on how long the virus, and the measures to prevent its spread, will last. But in any case, a steep drop in economic activity, combined with rising unemployment is inevitable. Turkey’s significant domestic market will prop up the economy, but only to a certain point. It is not going to save it. If the emergency measures remain in place for more than a few months – which they likely will, given that the pandemic is expected to last for at least a year, if not longer – what looms is a cumulative loss of economic output compared to which the 2001 financial crisis that blew up Turkish economy pales.

The proliferation of measures to curb the spread of the coronavirus as well as changes in consumer behavior will have dramatic and long-lasting effects on the retail, accommodation, recreation and transport sectors. Especially important among these is tourism. Income from tourism amounted to $35.5bn last year, which represented nearly 5 percent of Turkey’s gross domestic product in 2019. The tourism industry will be particularly hard hit and is also likely to be one of the last sectors to recover from the slump. And with Turkey’s trading partners, chief among them the countries of the European Union, also headed toward economic depression, Turkish exports will suffer gravely from the diminution in global demand.

A big slump, with bankruptcies, mass unemployment and government debt running at record highs loom on the horizon. This will be the toughest challenge that Recep Tayyip Erdoğan has ever had to face.

More in this category: « Süleyman Soylu: The Rise of the "Second Man" of the Turkish Regime Turkey's Dysfunctional Presidential System »
back to top