President Recep Tayyip Erdoğan’s decision to initiate a closure case against the pro-Kurdish Peoples’ Democratic Party (HDP) is the latest in a series of increasingly desperate moves to try to slow the erosion in his popular support. 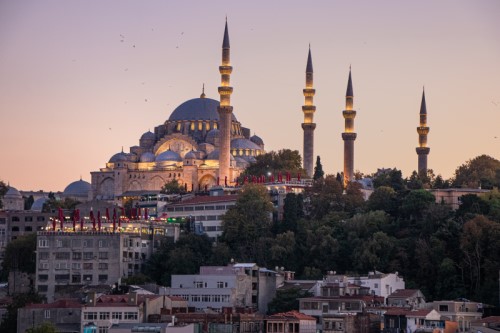 Background: On the evening of March 17, 2021, Bekir Şahin, the chief prosecutor at the Yargıtay, or Supreme Court of Appeal, formally applied to the Turkish Constitutional Court for the HDP’s closure on the grounds that it is “no different” from the militant Kurdistan Workers’ Party (PKK). In the indictment he presented to the court, Şahin described the HDP as “playing an active role in the recruitment of armed personnel for a terrorist organization”.

Although Turkish government officials continue to pay lip service to the concepts of the rule of law and the independence of the judiciary, in practice the country’s courts are under political control. An Erdoğan loyalist who had only been appointed to his post in June 2020, Şahin would not have dared to file the HDP closure case unless he was confident that he had the president’s active support.

The closure case came on the same day as HDP deputy Ömer Faruk Gergerlioğlu was stripped of his membership of parliament after the Yargıtay rejected his appeal against a 2018 conviction and 30-month prison sentence for “making PKK propaganda”. Gergerlioğlu had used his Twitter account to call for a peace process to end the war with the PKK and re-tweeted news articles that included photographs of PKK militants and coffins draped in PKK and Turkish flags. More HDP deputies are expected to be stripped of their membership of parliament over the months ahead.

If, as seems almost inevitable, the HDP is outlawed, it will become the sixth pro-Kurdish party to be banned since 1993, with a new one being formed each time its predecessor was outlawed. The HDP is relatively long-lived, having been established in 2012. In an apparent attempt to disrupt any plans to form a new party, Şahin’s indictment calls for a total of 687 current members of the HDP to be banned from holding any political position for a period of five years.

The accusations of links between the HDP and the PKK are nothing new and not entirely without foundation. Since its foundation in 1978, the PKK has always sought to monopolize the Kurdish cause, infiltrating and seeking to control pro-Kurdish organizations and trying to eliminate – sometimes physically – any rivals. It is also an open secret that the PKK’s recruitment networks have an established presence in the lower echelons of the HDP and its sister party, the Democratic Regions Party (DBP). In addition, although it presents itself as an umbrella organization for a variety of left-wing worldviews, the HDP’s policy prescriptions are heavily influenced by the form of communalism espoused by PKK founder Abdullah Öcalan. Nevertheless, the frequently repeated claim that the HDP is an “extension” of the PKK is a misleading oversimplification.

The degree of the PKK’s influence in the HDP varies over time and between geographical areas. For example, its influence in the lower echelons of the HDP in the predominantly Kurdish southeast of Turkey tends to be greater than in the higher echelons of the party in the west of the country, where the party’s members include a higher proportion – albeit still a small minority – of Turkish leftists. In fact, there are continuing power struggles within the HDP between those who effectively receive instructions from the PKK leadership in the Qandil mountains of northern Iraq and those who strive to formulate policy independently of the organization – and are sometimes privately very critical of the PKK and its often brutal methods. For example, former HDP co-chair Selahattin Demirtaş, who has been imprisoned since 2016 on charges of affiliation with the PKK, is disliked by the organization’s leadership, who were infuriated when he paid a condolence visit to the family of a member of the gendarmerie killed by the PKK in August 2015. Indeed, by targeting members of the HDP who attempt to act independently of the PKK, the Turkish authorities effectively strengthen the organization’s influence in the party.

The current closure case against the HDP is also a gift to PKK hardliners who argue that only violence, rather than political engagement, can persuade the Turkish authorities to address the grievances of the country’s Kurds. Indeed, whenever it has initiated sustained talks to address the Kurdish issue, the Erdoğan regime has chosen the PKK, not the HDP, as its primary interlocutor – thus effectively playing to the PKK’s narrative that it embodies the Kurdish cause. Even during the so-called “solution process” of 2013-2015, the HDP’s role was mainly that of a courier between the government, Öcalan and Qandil.

Implications: Until recently, Erdoğan had repeatedly declared that he was opposed to the banning of political parties. He insisted that, if offences were committed by party members, it should be the individuals responsible, not the party as a whole that should be subject to judicial sanctions. Since he tightened his grip on power following the still largely unexplained failed coup attempt of July 2016, Erdoğan has targeted the HDP piecemeal – prosecuting hundreds of HDP members and stripping the HDP of virtually all of the municipalities it won in the last local elections in March 2019, replacing democratically elected mayors with officials personally loyal to himself.

Erdoğan’s strategy was successful, severely weakening the HDP and leaving party workers with the challenge of persuading its supporters that there is any point in them going to the polls again. Erdoğan had also correctly calculated that there was little risk of a major reaction in the form of mass public protests, while the international response was limited to limp expressions of “concern”. Nor, in recent years, has there been a major shift in the HDP’s policies or rhetoric – which all raises the question of why Erdoğan has decided to close the HDP now.

Starting in December 2020, Devlet Bahçeli, the chair of the Nationalist Action Party (MHP), the electoral partner of Erdoğan’s Justice and Development Party (AKP), began to repeatedly call for the HDP’s closure – with the result that Şahin’s application to the Constitutional Court on March 17, 2021 was interpreted by some as evidence that Bahçeli is able to dictate policy to Erdoğan. This too is a misleading oversimplification.

Despite their leaders’ effusive public statements to the contrary, the alliance the AKP and the MHP is often very strained. But, with both performing badly in the polls and given their lack of alternative partners, there is an awareness that they both need each other. Erdoğan has undoubtedly sometimes tried to accommodate Bahçeli -- not least in the appointment of MHP sympathizers to positions of influence in the apparatus of state, especially in the police. But Erdoğan has not implemented any policies advocated by Bahçeli unless they also serve his own prejudices or interests. This also applies to the closure case against the HDP.

The hubristic delusions of Erdoğan’s public pronouncements run parallel to an awareness that, although his control over the media has given him an unprecedented ability to shape public perceptions, his popularity – and even more so that of the AKP – is in decline. But opinion polls suggest that, although the AKP’s vote is falling, some of its support has been loosened rather than fully detached in the sense of transferring to another party. For example, former AKP voters account for a disproportionately large share of those who now say that they are undecided about who to vote for at the next election. Instead of attempting to create new supporters, Erdoğan’s primary focus is trying to prevent the further erosion of his support base. But, particularly when compared with the patience of his early years in office, Erdoğan has now become impatient and short-termist, almost impetuous – increasingly desperately searching for something that will give his popularity an immediate boost.

Although many inside and outside Turkey were appalled by the closure case against the HDP, the reality is that it has the support of the majority of the population. For example, a February 2021 survey by the Optimar research company found that 66 per cent of Turks supported the banning of the HDP, rising to 76 per cent for AKP voters and 82 per cent for MHP supporters.

There are also potential practical benefits for Erdoğan. For conservative Kurds, the perception that the AKP is pro-Islamic often trumps the HDP’s pro-Kurdish but more secular image – with the result that AKP ranks second after the HDP in southeast Turkey and the two parties together account for nearly all of the votes in the region. For HDP supporters, the closure case is seen primarily as an attempt to suppress Kurdish identity rather than punish the party for its alleged links to the PKK. Many will stubbornly still go to the polls in the next election to vote for the candidates of the HDP’s successor party, whether they run on the party’s ticket or as independents. But others are likely to see little point in doing so. When combined with organizational disruption caused by the HDP’s closure and likely banning of so many of its leading members, this is likely to result in the successor party winning less votes and less seats than the HDP did in the last general election in June 2018 – and, given the nature of the Turkish electoral system, the AKP will increase its representation in parliament as a result. If enough of the current HDP deputies are stripped of their seats, it is even possible that – instead of waiting for the next general election – Erdoğan will call by-elections in what are currently HDP strongholds and secure them for the AKP before the HDP’s successor party has had time to organize.

Conclusions: The real indication that MHP is able to dictate policy to Erdoğan would be if it is able to persuade him to restore the Kemalist oath that students were formerly required to recite at the beginning of each school day. On March 15, 2021, Bahçeli angrily condemned a ruling by the Council of State upholding the abolition of the oath and called for it to be reinstated. But the oath was deeply unpopular with many AKP voters, especially with hard-line conservatives, and restoring it – particularly apparently at Bahçeli’s behest -- would be very damaging to Erdoğan and risk further erosion in his own support base.

In comparison, any negative repercussions of Erdoğan’s reversal of his previous opposition to party closures are likely to be extremely limited – and be more than offset by the potential benefits. But, at best, the HDP closure case is likely to result only in a temporary slowdown in the erosion of Erdoğan’s popular support. However, the vast majority even of those who support the banning of the HDP are much more concerned by the parlous state of the Turkish economy – and it is this which will ultimately determine Erdoğan’s political fate. Given the apparent lack of the ability or the patience required to restore sustained economic growth, there are very serious concerns about what Erdoğan may do next in his increasingly desperate attempts to hold onto power.

More in this category: « The "Dostuk" Deal: Boosting Pan-Turkic Energy Cooperation In the Grip of the State: Can Turkey’s Democrats Surmount State Nationalism? »
back to top