Turkey and the EU: How to Save the Day Before December

It is nearly five years since Turkey’s ruling party passed a substantive package of reforms to comply with EU norms. The few reforms demanded by the EU which have been passed in recent years appear to be more the product of a convergence with the AKP’s perceptions of its own interests than a response to the requirements of the accession process. As Turkish officials try to come up with a formula to avoid a “train crash” in December 2009, their main concern is no longer to move the accession process forward; it is simply to keep it alive.

The AKP Reaffirms Commitment to the EU Process

The appointment of Egemen Bagis as new chief negotiator and Prime Minister Recep Tayyip Erdogan’s visit to the EU Commission in Brussels on 18–20 January signals the start of a new era in Turkey-EU relations. Although they are important, these steps taken by Ankara will evidently not be enough. The future of Turkey’s EU accession process depends on political developments in Turkey as well as in Europe. But there can be no doubt that the EU membership process remains a crucial political asset for the governing AKP.

Turkey and the EU: Beyond the Cyprus Imbroglio

In December 2006, citing Turkey’s refusal to extend its customs union to Cyprus, EU Foreign Ministers suspended talks on eight of the thirty-five negotiation chapters in Turkey’s accession negotiations. But the importance of Cyprus has been overblown: Cyprus was only the superficial reason for the ‘slowdown’ decision. Both parties to the accession talks in fact needed to gain time and tend to internal matters. What does the current Turkish turmoil imply for the Cyprus issue and the broader future of Turkey’s EU accession negotiations?

Turkey recently promulgated a new Internet bill and swiftly used it to block access to the micro-blogging platform Twitter, and subsequently Youtube. In line with a longer history of fundamental rights violations, this step marks another chapter in Turkey’s recent path towards absolute censorship. In light of international and regional commitments, however, Turkey is increasingly at odds and may even risk forsaking its EU membership candidacy. 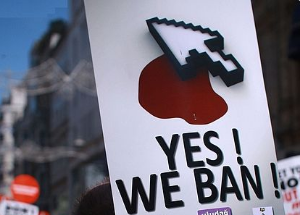