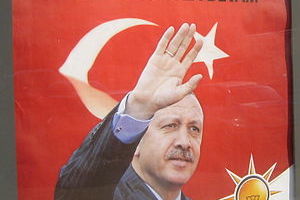 NATO’s May 20-21 heads-of-state summit in Chicago reminded everyone how Turkey is making important contributions to NATO in many key areas—the war in Afghanistan, addressing new missions such as projecting security into North Africa, and developing new defense capabilities.. Turkey aspires to a leadership role in the alliance, with the hope that President Abdullah Gül, who attended the summit, will become the next NATO Secretary-General. But Turkey’s contributions risks being overshadowed by its petty efforts to limit NATO’s ties with Israel and the European Union. While these bilateral Turkish disputes are important, they should not be allowed to contaminate NATO’s vital multinational security missions.

Turkey has presented a unique challenge to the efforts of NATO and the EU to restructure their roles, missions, and capabilities to address Europe’s 21st-century security challenges.  It is impossible to construct an effective European security architecture without addressing Turkey’s role. Yet, finding an appropriate place for Ankara in the evolving EU-NATO balance has proven exceptionally difficult given the country’s continued exclusion from the EU and the dispute between Turkey and the government of Cyprus. Turkish officials have waged a protracted battle to secure some influence on EU security decisions as well as to compel Greek Cypriots to reach a political settlement with their Turkish minority. In pursuit of these ends, they have proved willing to block EU-NATO cooperation on important security issues.