Gültekin: No Peace without Democracy

Levent Gültekin on Diken news site notes that some have been encouraged by the fact that Erdoğan has accepted to meet with Kurdish politician Leyla Zana, that hopes for peace have been kindled for this reason. Asking for rights and liberties for only one part of society when there is no democracy… We have already seen that this is not possible. The peace process during two and a half years showed us that it is only childish to expect result from negotiations when democracy is regressing and authoritarianism is on the rise. The Kurdish political movement pretended not to see the rising authoritarianism in the country. It acted as if “there can be peace even without democracy, the problem can be solved.” We are now paying the heavy price for that baseless illusion and for that wrong policy. And they are still persisting with the same mistake. They still think that the Kurds can get their democratic rights when the country itself has become authoritarian. I’m really curious when they are going to realize that this simply isn’t possible.

Cemal: Öcalan is Indispensable for Peace

Hasan Cemal on t24 news site comments on a recent book by Abdullah Öcalan, “The Notes of İmralı”, about the negotiations between the Turkish government and the imprisoned leader of PKK. The book confirms that “solution” for Erdoğan meant the disarmament of PKK. And for this purpose, Erdoğan was holding out a carrot for Öcalan – his gradual liberation. Erdoğan used the “solution process” only to win votes at the ballot. Or he started the process with only this objective in mind. The book shows that Öcalan was always clearly aware that Erdoğan at some point was going to reopen the door for a period of violence. My two main impressions after reading the book are first that Öcalan this time was not fooled by the classical tactics of the Turkish state to drive a wedge between Kandil and Öcalan and to split the PKK. Second, one has to salute Öcalan for the leading role for peace that he plays today, despite having endured solitary confinement in a cell for fifteen years. Lastly: If we say solution and peace, then we have to acknowledge that Öcalan’s leading role is vitally important.

Sezin Öney in Taraf calls it a “paradox of Turkey” that a country which has during its history been so obsessed with being split along ethnic lines pursues policies that open the doors wide for such a split. We witness the operations of the police and gendarmerie since August 2015 and of the Turkish armed forces since November 2015 in Cizre, Sur and Silopi; by now, Silopi has been “cleansed,” as the military jargon that dominates Turkey has it. Not a finger has been lifted to help heal the wounds of the civilians who have been forced to migrate from the area.  However, these military operations are like blowing up the whole building with a nuclear weapon because you think some of the neighbors whom you don’t quite like are being disturbing.  Let’s ask those who deem excess military violence a “necessity of war;” is there going to be any security left in a society and a country in which hundreds of thousands of people have been displaced?

Metin Gürcan on t24 news site writes that Turkey is in a quandary, facing a dilemma between protecting the security of the state or that of the individual.  Think about the violence in which we have been trapped since last July. Because of this trap of violence, one to two million people have had to abandon their homes; 400,000 students have for three months been deprived of education, and we don’t know how many of them will be able to return to school after the vacation period. The number of security personnel killed exceeds two hundred and thirty. Meanwhile, the civilian casualties are close to five hundred. It seems that Ankara, in this situation where human security and state security collide, is determined to give priority to the security of the state and to reestablish public order. First, the hold of the state is to be secured in the areas of fighting, after which wounds are to be healed, the destruction in the hearts and minds of the people to be repaired, and projects of socio-economic rehabilitation aiming at human security to be launched. Now Ankara is going to reinforce security in the cities, but the question is: what is more important – security reinforcements on every street corner or the reinforcement that takes place in peoples’ minds? Should the state above all fight the separatists on the terrain or “mental separatism?” It is of critical importance how Ankara decides to solve this dilemma.

Turkey Bets, yet again, on Barzani: Turkey-KRG Relations in Light of the Regional Turbulence 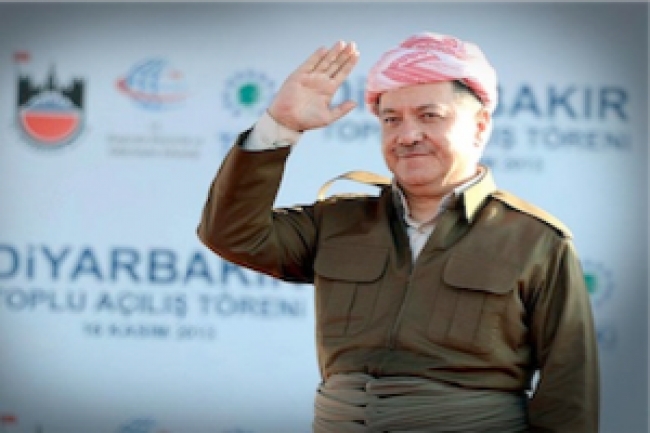 In view of the challenges Turkey is facing in the Middle East, Ankara is attempting to further solidify its relations with the Kurdish Regional Government (KRG) and specifically with KRG’s president, Massoud Barzani. While this policy may assist Turkey in increasing its influence over the future of Iraq and assist it in diversifying its energy suppliers, it is less likely to help Turkey in its internal struggle with its Kurdish minority, or in countering the Kurdish aspirations in Syria. Yet, as the only still relevant remnant of Turkey’s ‘zero Problems’ policy, Turkey-KRG relations do have the potential to assist Ankara in maintaining and solidifying its influence over the future of Iraq. 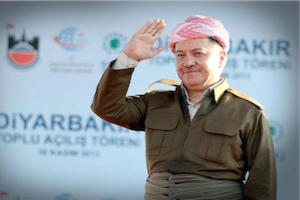