İnsel: an attack against democrats

Ahmet İnsel in Cumhuriyet writes that the October 10 attack was not perpetrated against Turkey. Neither was it made against the state or the AKP. The October 10 massacre was perpetrated against the forces of freedom, democracy and peace in Turkey. This was not a blind act of terror. Its victims were purposefully selected beforehand.  Just as in Suruç and Diyarbakır, it was the people who are waging an unflinching, determined struggle for peace and democracy against the clique of Tayyip Erdoğan and the AKP’s hegemony who were killed. The November 1 election is going to be a critical date, measuring both the determination to hold the power accountable and to stop those who want to drag us toward civil war. Every vote that is cast for the parties of the peace and freedom front on November 1 will be a slap on the face of those who perpetrated the October 10 massacre, who planned it, who hope to reap the benefits of the atmosphere of terror and chaos that they have created, and who are so satisfied with the sight of this barbarity that they are not even able to feign sorrow.

Gürsel: we recognize the signature of those who commissioned the Ankara massacre

Kadri Gürsel on the Diken news site notes that, interestingly, historically, assaults against the left, the Kurds, dissidents and democrats in Turkey are not stopped, and when they have been allowed to take place, they are never explained. That is not a coincidence. If an assassination in Turkey that could have been prevented still has taken place, you can rest assured that light will never be shed on it. The proprietor of the system of darkness in Turkey may change, but its signature mark that never changes is this. And, we recognize the origin of this signature that is left behind every unresolved assassination. The abbreviation may change. It was different in the seventies; in the 2015 it has become ISIS. The signature is always the same, though. That signature is written all over the bodies that were blown to death in Ankara. The purpose is to have society retreat within its shell, to make it fear for its future and to depoliticize it.

Bulaç: it is wrong to attack ISIS

Ali Bulaç in Zaman asks what Turkey stands to gain from joining the United States in its war against the terrorist group that calls itself the Islamic State (ISIS). Turkey will gain nothing! Let us imagine that northern Syria is cleared from ISIS.  What is the U.S. going to deploy there in its place? It is of course not going to hand the place to al-Nusra, the Muslim Brotherhood or any other Islamic organization. It is very clear that Kurdish PYD is going to be deployed in the place of ISIS. And does not the PYD equal the PKK? The war against ISIS is not only fought against an organization, but it is a war against a Sunni Arab population that Turkey has committed itself to fight alongside and for the sake of the West! No one is approving what ISIS is doing. If ISIS is harming Islam and the Muslims, then the way to stop this is not to shoulder the role of the gendarme of the U.S.  There are other ways to do it, in accordance with the codes and dynamics of the region. But there is right now no reasonable ground for declaring war against IS. The massacre in Suruç, that the ISIS has not taken responsibility for, is a very murky operation! ISIS has established authority over an area which is inhabited by millions of Muslims. That Turkey wageals war against a Muslim population represents a first in the history of the Republic. This has no Islamic legitimacy, and it is politically and militarily wrong.

Erdoğan’s War: The Causes and Consequences of the Upsurge in Kurdish Violence

In recent weeks, Turkey has been wracked by an escalation in Kurdish-related violence. Not only could the upsurge have been prevented but there are fears that the worst may yet be to come. The fear is that President Recep Tayyip Erdoğan may order an even harsher crackdown over the weeks ahead and that, with its rural units depleted by deployments to Iraq and Syria, the PKK may increasingly respond by staging attacks, including more suicide car bombings, in the cities. 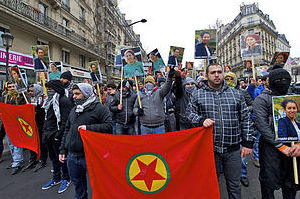 Losing a Foothold in a Dream: Turkey's Evacuation of Süleyman Shah

On the night of February 21-22, 2015, amid fears that it was in danger of being overrun by the ISIS, the Turkish military staged a cross-border rescue operation to evacuate the garrison that had been guarding the tomb of Süleyman Shah in northern Syria. In a move redolent with symbolism for the collapse of Ankara’s dream of transforming the Middle East into a sphere of neo-Ottoman Turkish influence, Turkish troops brought the three coffins in the tomb back to Turkey and detonated explosives to destroy the mausoleum in which they had been housed. 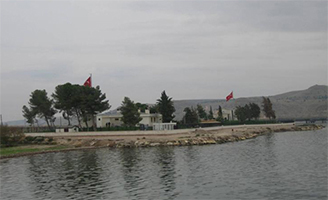