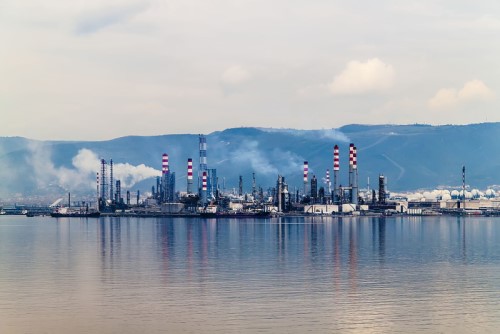 BACKGROUND: The need to reduce Turkey's hefty energy import bill has fueled intense gas explorations in the Black Sea as well as a controversial quest for hydrocarbons in the Eastern Mediterranean. The Turkish current account deficit, fueled by expensive energy imports, has been a chronic problem for the Turkish economy. This is particularly so this year, when Turkey's economy is sharply contracting due to the combined effects of a currency crisis and the consequences of COVID-19 pandemic. Experts warn that there are more economic shocks underway in the coming months as the Turkish economy is currently experiencing subsequent record depreciation of the lira, shrinking foreign reserves as well as capital and investment outflows.

The overall challenging economic outlook for this year is further underscored by other economic indicators for 2020 which show that the Turkish economy is set to contract by 5 percent and that unemployment will rise to 14.6 percent. In such circumstances, Turkey might have a problem to manage its current account deficit as foreign investments and budget revenues decline significantly. Against this backdrop, the importance of the discovery of large, indigenous gas reserves cannot be overstated. Turkey hopes that the new gas find will ease its overreliance on energy imports and reduce its current account deficit.

Turkey has estimated that the Black Sea natural gas reserves may total as much as 2 trillion cubic meters (tcm), and has for long hoped to unlock some of this hydrocarbon potential to satisfy its growing natural gas consumption. However, several exploration attempts in the 2000s with the participation of major oil and gas companies resulted only in some minor gas finds and only a few, unsuccessful, attempts to drill prospective gas reservoirs were undertaken. But recently, the Turkish drillship Fatih, operated by the state-run Turkish Petroleum Company TPAO, uncovered a significant natural gas reserve in the "Tuna-1" sector that is located within Turkey's uncontested Exclusive Economic Zone (EEZ), which was subsequently renamed the Sakarya gas field.

Further exploration activities in the field resulted in finding roughly 85 bcm of gas more than had been discovered in August 2020. The estimated 405 bcm of reserves place Sakarya in the category of large gas fields and makes it by far the biggest Turkish indigenous natural gas discovery. It is also the largest gas reserve to be discovered in the Black Sea to date as it surpasses Romania's 84 bcm Neptun Deep, which until now was the biggest discovery in the Black Sea. Turkey is determined to pursue its quest for Black Sea hydrocarbons further, and by the end of this year Ankara plans to dispatch its two drillships to other locations in the Black Sea in a bid to unlock more gas potential in the area.

The new gas discovery has been greeted with enthusiasm in Turkey as authorities estimate that the discovery will allow Turkey to meet the demand of 14 million households for 25 years. Turkey hopes that the new gas find will ease its overreliance on energy imports and reduce its current account deficit.

Turkey's natural gas consumption has declined in recent years, mainly due to the rising share of domestically produced renewable energy and a shrinking economy. Yet in 2019, Turkish gas consumption still amounted to significant 44.9 bcm worth around US$ 41 billion, which was primarily supplied by external hydrocarbon producers. Experts calculate that production from the field could reach 5-8 bcm a year. These are not game-changing volumes, but coupled with the expected increase of domestic renewable energy capacity and a decreasing demand for gas, they promise to significantly reduce Turkey’s gas imports.

IMPLICATIONS: The Turkish government plans to fast-track the field development to ensure that gas can reach consumers as early as 2023, the centennial of the founding of the Turkish Republic. However, many industry and energy experts remain skeptical and point out that at this stage there are too many unknowns to properly assess the true potential of the Sakarya field. Notably, some experts have called the estimates of the size of the Sakarya field – supposedly the largest Black Sea natural gas discovery to date – into question. They have pointed out that that the biggest field to date, Romania's Neptun, is significantly smaller. What is more, unlike the other Black Sea gas reserves, which were discovered and developed by consortiums that included some of the major international oil companies, the new Turkish find was assessed by TPAO alone and has not been independently evaluated.

Others point out that it is too early to assess the economic feasibility of the new-found gas reserve because it is not known yet whether the amount of extractable gas will justify pricey deep-water exploration. Apart from that, the ambitious date of bringing the Sakarya gas on stream by 2023 might be unrealistic. Less than three years is an extremely tight schedule since exploration and production phases from deep-water gas fields usually require from five up to eight years. And Turkey might encounter additional hurdles when developing its new gas find. Industry experts remark that the complicated geological morphology of the Black Sea and the difficult nature of deep-water extraction may require TPAO to team up with major exploration and production companies that possess specialized experience in deep-water drilling. In the beginning, Ankara announced that TPAO would operate the field on its own except for the construction of the deep-sea pipeline to bring the gas onshore, but the Turkish authorities have recently suggested that TPAO might partner with foreign companies.

The development of deep-water Sakarya field will require not only specialized technology, but also sizeable financial resources, which experts estimate at 3-6 billion US$ that the Turkish government will have to allocate. Even though developing the Sakarya gas field is a priority investment given its expected positive impact on Turkish gas market, Turkey will nonetheless be strained to raise that amount in a relatively short time in its present economic circumstances.

Nonetheless, the new gas discovery is timely for Turkey as 80 percent of its long-term gas supply contracts (LTCs) are soon set to expire. The new find will be a useful leverage in the upcoming negotiations. Only in 2021 alone three major LTCs with Russia's Gazprom, Azerbaijan's SOCAR and LNG supply agreement with Nigeria expire, which in total supply 16 bcm annually to the Turkish market. Turkish officials have already announced that they will seek more competitive terms of renewal because expiring contracts include take-or-pay clauses that are not consumer-friendly and are indexed to oil prices. Lately, Ankara has favored LNG supplies particularly from the United States over the pipeline gas as the former are more competitive in terms of pricing and supply conditions.

Turkey will certainly prolong the existing contract with its close ally Azerbaijan and intends to purchase even more gas volumes from that direction in the upcoming years. Importantly, Ankara will likely use its new-found gas field as leverage against Russia, in its long-standing bid to reduce its dependence on a single Russian gas supplier. Even before the discovery of  Sakarya field, Russian gas was losing its once large share in the Turkish market, down from 50 percent in 2016 to 14 percent in 2020. Indeed, Russian experts warn that the Turkish discovery is likely to accelerate this process and might even lead to the non-renewal of the existing contract with Gazprom, which would render the newly opened Turkish Stream pipeline unfeasible.

CONCLUSIONS: Notwithstanding that several energy experts have called the expectations on the Sakarya gas into question, there is no doubt that the new gas find does have a potential to reduce Turkey's deep dependency on gas imports and that it can serve as a bargaining chip in upcoming negotiations with its gas providers. Yet the extent of its positive economic impact will depend on the size of extractable volumes in the field and on the final price of the gas, given the fact that deep-water drilling is costly. Most importantly, the Sakarya field promises to reduce Turkey’s energy dependence on Russia, which is bound to have geopolitical implications.

More in this category: « The Turkish Economy after Albayrak: The Limits of Monetary Reset Turkey Seeks to Counter Russia in the Black Sea-Caucasus Region »
back to top