BACKGROUND:  On September 26, 2013, the Turkish Defense Industry Executive Committee announced its decision to award its high-altitude missile defense contract to the China Precision Machinery Import-Export Corporation (CPMIEC).  The Defense Industry Executive Committee is co-chaired by the prime minister, the chief of the General staff and the minister of defense. The main other competitors for the tender were the Patriot missile long-range air-defense system, produced by U.S. partners Raytheon and Lockheed Martin; Russia's Rosoboronexport with its S-400 system and the Italian-French Eurosam and its SAMP/T Aster 30. China Precision Machinery Import-Export Corporation is under U.S. sanctions for having conducted business with Iran, Syria and North Korea, and Washington has expressed its concerns to Turkey, an ally and NATO member, over its decision to opt for the Chinese system.  NATO officials are concerned over the interoperability of the Chinese air defense system with the Alliance’s integrated defense capabilities. Yet what must be appreciated is the overarching political considerations and psychological factors that have set the framework for the Turkish decision.

According to Turkish press reports, the Chinese side went to great lengths to accommodate Turkey: not only was the price was decreased from US$4 billion to 3 billion, but more importantly, the Chinese agreed to transfer critical technology to Turkey, and the anti-missile defense will be a Chinese-Turkish joint production. Indeed, Turkish officials have defended what is a controversial decision from a NATO perspective as being the result of the willingness of the Chinese to share know-how with Turkey. In a statement this week, Prime Minister Recep Tayyip Erdoğan underlined that the prospect of co-production was a decisive criterion for Turkey. “Because, when we take such a step, we want to make sure that we can produce these (missiles) ourselves in the future,” he said. Erdoğan also dismissed the criticism from NATO, saying that “statements made by NATO or any other country is not going to be decisive. No one has the right to cast a shadow over our understanding of independence.”

It would be a mistake to assume that Turkey is not serious, and to expect that the decision will eventually be rescinded after Turkey has secured a better offer in financial terms from one of the Western rivals for the tender – something that some Western diplomats and observers have predicted. To assume that would be to underestimate the deep-seated political and psychological motives and impulses that explain why Turkey, a NATO country, has opted for a Chinese anti-missile defense system.

The decision obviously speaks of the strategic perceptions and geopolitical inclinations of the ruling Justice and Development Party (AKP); but it also, and no less importantly, bears testimony to how much the Turkish military – that could once be safely counted on by the United States to impose the preferences of the Pentagon on the nominal, civilian rulers – have become estranged from the West.

The Turkish military has been dealt severe blows during the AKP’s decade in power, but that does not mean that the generals have ceased to matter in questions that are related to the strictly military business – on the contrary.  Indeed, the decision that was taken by the Defense Industry Executive Committee expresses a military-civilian consensus.

The first choice of the High Command was reportedly the Russian S-400 system which is operationally superior to the Chinese system since it has a longer range. But that does not alter the fact that the decision relies on a consensus between the military and the AKP government that has considerable political ramifications.

Even if the High Command did indeed prefer the technologically superior Russian alternative, what matters in political terms is that the common priority of the government and the generals is to look for suppliers beyond the West in order advance Turkish defense independence, hence Turkish strategic and political independence from the West. As the statement of Erdoğan makes clear, joint production and a high level of technology transfer are decisive for the choice that Turkey makes. 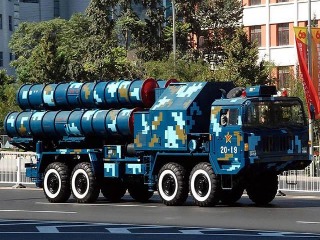 IMPLICATIONS: The decision to choose the Chinese system is the latest expression of how AKP-ruled Turkey’s political and strategic choices and priorities are ever less sensitive to the considerations of its Western allies. Informed as it is by an Islamic conservative worldview, the AKP is bound to be ideologically inclined to be suspicious of the United States and the West.

Recent developments in Syria and Egypt have reinforced those suspicions: the unwillingness of the United States to take action against the Syrian regime has been a source of deep frustration for Erdoğan, who had hoped to see the AKP-allied Muslim Brotherhood ascend to power in Damascus.  The recent Russian-American deal, which has effectively taken that outcome off the table, has infuriated the Turkish government. And Erdoğan has railed against the United States and other Western countries that he accuses of having tolerated, even supported, the military coup against the Muslim Brotherhood regime in Egypt.

This turn of events has left Erdoğan’s Turkey isolated and strategically exposed in the Middle East; meanwhile, the fact that Iran – with which Turkey is in confrontation in Syria as well as in Iraq – possesses weapons systems and notably ballistic missile capabilities that Turkey does not, further exacerbates Ankara’s strategic vulnerability. As Turkey aspires to be an influential player in the Middle East, it cannot afford to remain dependent on NATO for its defense, particularly not since the Turkish aspirations tend to come into conflict with Western preferences, as in the case of Syria.

But neither is the Turkish military any longer committed to advancing Western interests. In the 1980s, American officials could refer to the Turkish generals as “our boys”. Those days are far gone. Fifteen to twenty years ago, the Pentagon’s “boys” in Ankara would have advocated for the Patriot missiles. It would have been inconceivable for them to even contemplate preferring a Russian anti-missile system or acquiescing to the purchase of a defense system from China.

The close bonds that used to exist between the Turkish high command and the Pentagon have largely been severed during the AKP’s decade in power. The fact that the Turkish generals no longer do the bidding of the United States and other Western allies is not unrelated to the widespread perception among the ranks of the military that they have been abandoned, even betrayed by their erstwhile trans-Atlantic friends. While the Turkish missile decision may appear as “treason” in NATO quarters, that can conversely be assumed to be the prevailing feeling among the Turkish officers’ corps as well. The court cases that have landed hundreds of serving and retired officers in prison are bound to be seen as having been made possible because they enjoyed the tacit benediction of the United States.

However, the estrangement of the Turkish military from the United States predates the “Sledgehammer” and “Ergenekon” trials; it was the American engagement in Iraq from 1990 and onwards that led the Turkish military to conclude that the strategic interests of Turkey and United States no longer converged, in particular as one major consequence of the Iraq wars was that the Kurdish aspirations for independence were stimulated.

The decision to buy the Chinese system also enjoys wide political support, being backed by the nationalist opposition, the Republican People’s Party (CHP), and the Nationalist Action party (MHP). A telling sign of the nationalist consensus – between secularist nationalists and Islamic conservative nationalists – is that Şükrü Elekdağ, a former Turkish ambassador to the United States and a former deputy of the CHP, expressed support for the decision of the Defense Industry Executive Committee. He called upon the AKP leaders to “resist to the end the pressures that the United States and NATO are going to apply”, and exhorted them to “never abandon the cooperation with China.” Elekdağ pointed out that the Chinese offer is superior because Turkey is offered transfer of technology and joint production. That stands in contrast to the Western countries who, as Elekdağ put it, want to ensure that Turkey remains deprived of the ability to mount another military operation independently, as it did when it invaded Cyprus in 1974, that it does not “escape their control” and finally because of “the need to ensure that no other state in the Middle East becomes more powerful than Israel in terms of air power and space technology.” 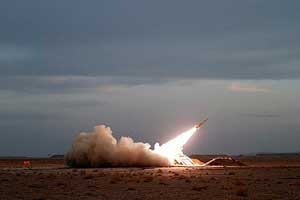 CONCLUSIONS:  The Turkish decision to choose the Chinese FD-2000 anti-missile system reflects more than simple economic and military considerations; it is an expression of Turkey’s determination to forge an independent defense identity outside of the parameters of the national security paradigm that has been largely uncontested since Turkey joined the North Atlantic Treaty Organization in 1952.

It demonstrates the ambition of the Islamic conservative-ruled Turkey to be taken seriously as a power player in the Middle East; to that end, the AKP government is determined to acquire an independent military technological capability and it does not feel obligated to give priority to the interests of other NATO countries. But the Turkish selection of the Chinese system is also a reminder that the pursuit of an independent defense identity is an ambition that is shared by the military as well, and that the generals no longer do the bidding of the United States. Washington has lost its “boys” in Ankara, but the new rulers that it has befriended do not feel indebted to America even though they have benefited from its support.

Western policymakers who are angered by the Turkish decision to go Chinese in missile defense would do well to ask if the assumptions that have guided their policies toward Turkey during the last decade may have been flawed.

More in this category: « How to Package a Democracy? Revolution and Counter-Revolution: Kemalism, the AKP and Turkey at 90 »
back to top