BACKGROUND: While Iran insists that the program is strictly civilian, many foreign governments believe that the program is in fact designed to mask a covert nuclear weapons development program. The U.S. sanctions are designed to inhibit Iran’s ability to acquire weapons of mass destruction (WMD) and to fund terrorist groups. The sanctions are having a profound impact on Iran’s oil sector, which accounts for roughly 20 percent of the country’s GDP.

The sanctions are designed to pressure Iran into conformity with United Nations Security Council resolutions and its safeguards agreement with the International Atomic Energy Agency (IAEA). Iran’s current oil production is 4,226,000 barrels per day, but the ever tightening sanctions regime has made it increasingly hard for Iran to sell its oil abroad.

According to the U.S. government’s Energy Information Administration, in 2011 51 percent of Turkey’s oil imports and 19 percent of its natural gas imports came from Iran, with Turkey importing more than 90 percent of its total liquid fuels consumption. For the period January-September 2012, Iran’s share of Turkey’s oil exports dropped to 44 percent.

The first U.S. sanctions date from November 14, 1979, when the assets of the Government of Iran in the United States were blocked following the seizure of the American Embassy in Teheran and the taking of U.S. diplomats as hostages. But U.S. allies refused to sanction Iran in the mid-1990s, and the Clinton Administration and Congress came to the conclusion that it was necessary for the United States to try to deter foreign investment in Iran. In November 1995 Iran began attempting to open its energy sector to foreign investment, which Iran had banned after the Islamic revolution on the grounds that foreign firms would gain undue control over Iran’s resources. U.S. efforts accordingly intensified. Two months earlier Senator Alfonse D’Amato introduced the Iran Foreign Oil Sanctions Act of 1995 to sanction foreign firms’ export to Iran of energy technology, which passed the Senate three months later, but was modified to impose sanctions on foreign investment in Iran’s energy sector. The House passed its version of the bill, which included Libya, H.R. 3107, on June 19, 1996, by a vote of 415-0. The Senate then unanimously passed a slightly different version on July 16, which the House of Representatives approved, and the President signed P.L. 104-172 on August 5, 1996. The legislation, knows as the Iran-Libya Sanctions Act (ILSA), has been the basis for all subsequent U.S. sanctions since. On September 30, 2006, the act was renamed to the Iran Sanctions Act (ISA), as it no longer applied to Libya, and extended until December 31, 2011. 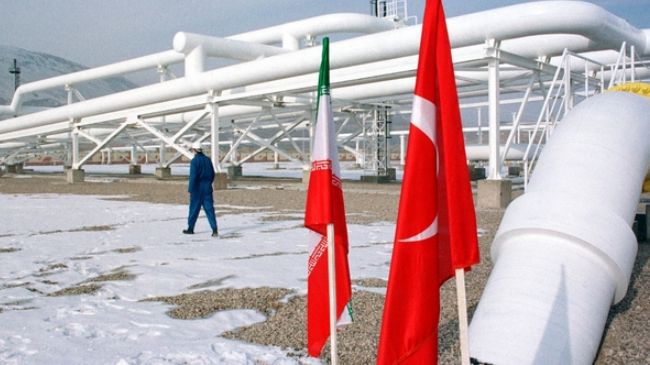 ISA requires the president to impose at least two out of a menu of six sanctions on foreign companies (entities, persons) that make an “investment” of more than $20 million in a year in Iran’s energy sector. The six sanctions available are denial of Export-Import Bank loans, credits, or credit guarantees for U.S. exports to the sanctioned entity; denial of licenses for the U.S. export of military or militarily-useful technology to that entity; denial of U.S. bank loans exceeding $10 million in one year to the entity; if the entity is a financial institution, a prohibition on its service as a primary dealer in U.S. government bonds; and/or a prohibition on its service as a repository for U.S. government funds; prohibition on U.S. government procurement from the entity; and finally, a restriction on imports from the entity, in accordance with the International Emergency Economic Powers Act (IEEPA, 50 U.S.C. 1701 and following).

Notably, Turkey and Turkish firms have yet to be prosecuted under ISA terms, though signs are that Washington and Ankara are moving towards a showdown of some sort.

The 2012 Iran Threat Reduction and Syria Human Rights Act further broadened U.S. sanctions and brought in Syria for the first time. President Obama signed the legislation into law on August 10, 2012, which blacklisted virtually all of Iran’s energy, financial, and transportation sectors and cut off companies that keep doing business with Iran from access to U.S. markets. The legislation also imposed sanctions to prevent Iran from repatriating any proceeds from its oil sales, depriving the Iranian regime of 80 percent of its hard currency earnings and half of the funds that support its budget.

The legislation hit hard Turkey’s abilities to pay for its Iran energy imports, so Tehran and Ankara came up with a circuitous plan to allow Turkey to pay in gold bullion. Because U.S. sanctions prevent Turkey from paying in dollars or Euros Turkey has been paying Iran for its imports in Turkish Liras. Iranians then use those liras, held in Halkbank accounts, to buy gold in Turkey, and couriers carry the bullion to Dubai, where it can be sold for foreign currency or shipped to Iran. According to Turkish Statistics Institute (TÜİK) data, in February Turkey exported almost $120 million in gold to Iran and in March Turkish gold exports to Iran soared to almost $381 million.

This loophole has not gone unnoticed in Washington. On May 15, 2013 Treasury Department undersecretary for terrorism and financial intelligence David Cohen told the House of Representatives’ Foreign Relations Committee in testimony on Iran, “I can assure you we are looking very carefully at evidence that anyone outside of Iran is selling gold to the government of Iran.”

IMPLICATIONS: Besides oil imports, Turkey is also Iran’s biggest customer for its natural gas. Besides Turkey, Iran also exports a small amount of natural gas to Armenia; most of its gas is currently injected into its oil fields to boost their production. The Turkish state-owned BOTAŞ Petroleum Pipeline Corporation currently operates the Tabriz-Doğubayazıt pipeline, built in 1997, with a capacity of 1,930 MMcf per day. Turkey’s natural gas import infrastructure has been a frequent target of terrorists, with the Tabriz-Doğubayazıt pipeline, which began operating in 2001, increasingly targeted by the Kurdish PKK militants, with the attacks increasing in frequency and scope. Last year flows on the Tabriz-Doğubayazıt pipeline were disrupted a number of times with two attacks occurring during October 2012 alone.

For the moment Turkey, along with India, South Korea, Malaysia, South Africa, Sri Lanka, and Taiwan have dodged U.S. sanctions, as on June 11, 2012, the U.S. administration granted exemptions based on reductions of oil purchases from Iran of about 20 percent, which were renewed on December 7, 2012, for another 180 days, while seventeen EU countries have not been granted exemptions. The reason for Turkey’s exemption was that in March 2012 Ankara said it would cut its buys from Iran by 10 to 20 percent and subsequently received its P.L. 112-81 sanctions waiver on June 11, 2012, which was then renewed on December 7, 2012.

There is also the issue of United Nations sanctions. During 2006-2008, U.N. Security Council Resolutions 1737, 1747, and 1803 imposed sanctions primarily on Iran’s weapons of mass destruction (WMD) infrastructure. Resolution 1929 was adopted on June 9, 2010, by a vote of 12-2, with Turkey and Brazil voting against it and Lebanon abstaining.

CONCLUSIONS: Because of the sanctions the Iranian rial has lost two-thirds of its dollar value since late 2011.  According to the International Energy Agency, energy use in Turkey is expected to double over the next decade and the IEA reports, “Turkey is increasingly dependent on natural gas imports as its domestic consumption rises each year.”

The sanctions are also at odds with the Turkish government’s determination to turn the country into a major energy transit hub. Turkey plays an increasingly important role in the transit of oil. It is strategically located at the crossroads between oil-rich former Soviet Union countries in Central Asia and the Middle East, and the European demand centers. In addition, it is home to one of the world's busiest maritime chokepoints, the Turkish Straits connecting the Black Sea and Mediterranean, through which 2.9 million barrels per day of Russian, Azeri and Kazakh oil flowed in 2010.

A further potential point of friction between the U.S. and Turkey is the construction of a second Iran-Turkey gas pipeline, being built by the Turkish firm Som Petrol, which was announced in December 2012.  Washington has yet to make any pronouncement as to whether the project will be deemed to constitute a violation of sanctions.

While no U.S. sanctions have yet been imposed on any Turkish firms, a crucial test for Turkey’s creative financing of its Iran oil imports occurred on July 1, when stricter U.S. sanctions that prohibit governments or private firms selling gold to Iran will came into effect.

Iran has played down the impact of the new U.S. sanctions, but added that the new restrictions would complicate resolving the dispute over its nuclear program. Iran’s Foreign Ministry spokesman Abbas Araqchi commented, “We have no doubt that sanctions are a broken policy and we are surprised about why the American government and other governments who take part in these sanctions continually repeat a mistaken and failed policy. Removing sanctions would count as a confidence-building measure and can assist in a resolution of the issue but increasing sanctions would have no result, apart from making the issue more complex and harder to resolve.”

But the Obama administration has other options - the president may waive ISA sanctions on Iran if the parent country of the violating firm agrees to impose economic sanctions on Iran or if he certifies that doing so is important to the U.S. national interest. Against the background of Washington’s recent move towards more involvement in the Syrian civil war which increases Turkey’s strategic importance to the U.S., sanctioning Turkish firms under ISA would be shortsighted at best and extremely foolish at worst.

More in this category: « Erdogan Unhinged: The Turkish Power Struggle after Taksim Erdogan, the AKP and the Repercussions of the Gezi Park Protests »
back to top