The İmamoğlu sentence: Will Istanbul Share the Fate of Diyarbakır? Featured 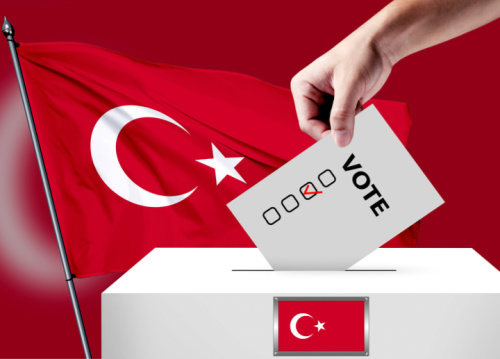 BACKGROUND: On December 14, 2022, the Istanbul Anatolian 7th Criminal Court of First Instance sentenced Istanbul Metropolitan Municipality Mayor Ekrem İmamoğlu, a member of the main opposition Republican People’s Party (CHP), to two years and seven months in prison and banned him from politics for calling members of Turkey’s Supreme Electoral Board for “fools” after it ordered a rerun of the March 2019 election in Istanbul that İmamoğlu had won. (İmamoğlu won also the second contest in June 2019.) Interior Minister Süleyman Soylu said that he will remove İmamoğlu from office if the ruling of the Istanbul Criminal Court is approved by the Court of Appeals and the Court of Cassation. But that may also happen sooner.

In December 2022, the Interior Ministry filed a criminal complaint against the Istanbul Metropolitan Municipality, charging that 1,668 employees of the municipality are linked to “terrorist organizations.” These terrorist organizations include the Kurdistan Workers’ Party (PKK), the Revolutionary People’s Liberation Party/Front (DHKP/C) and the Marxist-Leninist Communist Party (MLKP). Also, the Interior Ministry claims that the Istanbul Metropolitan Municipality has employees with links to the Fethullah Gülen movement, which the Turkish government views as a terrorist organization. These allegations have led to speculations that İmamoğlu will soon be removed from office by the Interior Minister and replaced with a government trustee. On January 6, Soylu claimed that “our concern is not to appoint a trustee but to purge terrorists.” This, though, is hardly reassuring.

Since 2019, Soylu has deposed 48 mayors on charges of “terrorism”, all members of the pro-Kurdish Peoples’ Democracy Party (HDP), and appointed trustees in their places. The deposed mayors include those of the metropolitan municipalities of Diyarbakır, Van and Mardin. Of the 65 mayors that were elected from HDP lists in the 2019 municipal elections, only 6 remain at their posts; 7 are incarcerated, among whom Selçuk Mızraklı, the mayor of the Diyarbakir Metropolitan Municipality. The deposals of the HDP mayors did not elicit any condemnations from the Turkish opposition parties; their passivity – indeed tacit approval in the case of the second biggest opposition party, the right-wing nationalist Good Party -- weakens the claim of the mainstream opposition today that it stands for popular sovereignty against authoritarianism, at least among Kurdish voters.

The Turkish opposition sees the sentence against İmamoğlu as an attack on the democratic process and as a demonstration that the regime – a coalition of the Islamic conservative Justice and Development Party (AKP) and the far right Nationalist Movement Party (MHP) – is prepared to misuse courts to sideline key opposition figures as Turkey is headed toward presidential and general elections in the next six months. In an interview on January 11 with the Financial Times İmamoğlu called the political ban an “axe to democracy” and predicted that “voters will punish President Recep Tayyip Erdoğan’s party at the polls.”

President Erdoğan remarked that “there’s no final court decision yet” and opined that “if the courts have made a mistake, it will be corrected.” While Erdoğan was non-committal, Numan Kurtulmuş, the deputy chairman of the ruling AKP, was openly critical, saying that “We have never approved of the courts engaging in political engineering.” Cemil Çiçek, a former Justice Minister of the AKP and presently a member of President Erdoğan’s Presidential Advisory Board, also sounded a critical note, calling the verdict “legally dubious” and “improper.”

Indeed, pro-AKP media commentators generally disapproved of the sentence against İmamoğlu. The only two representatives of the regime to appropriate the ruling of the Istanbul court were MHP leader Devlet Bahçeli and Interior Minister Süleyman Soylu, who although a member of the AKP is a protégé of Bahçeli and merely tolerated by Erdoğan. Bahçeli said that “İmamoğlu is not a person who enjoys any special favors and protection from the law,” while Soylu held the sentence against İmamoğlu to be a “legally correct decision.”

IMPLICATIONS: In 2019, it was Bahçeli, and not Erdoğan, who called for cancelling İmamoğlu’s victory, whereas Erdoğan seemed prepared to accept the defeat of the AKP candidate and called for an end to political polarization and the formation of a broad “Turkey Alliance.” It was at that moment that Bahçeli interceded with a fiery, written memorandum that exhorted the Supreme Electoral Board to cancel the election, which also effectively nipped in the bud his alliance partner Erdoğan’s idea about broadening the ruling alliance to include, presumably, parts of the opposition.

What made İmamoğlu’s victory intolerable to the far right nationalists was the fact that it represented a blow to their ambition to permanently neutralize the influence of the Kurdish political movement as the outcome of the Istanbul election was decided by İmamoğlu’s endorsement by Selahattin Demirtaş, the imprisoned former leader of the pro-Kurdish HDP – which ensured that Kurdish voters rallied to İmamoğlu. Although this may be of little consequence on the municipal level, the wider implications of the opposition being beholden to the Kurdish political movement were not lost on Bahçeli.

The election of İmamoğlu set a dangerous example; it presaged a repetition on the national level, with far more threatening consequences (from the vantage point of the MHP) as the victory of an-HDP endorsed candidate of the opposition in the presidential contest would raise the specter of concessions in return to the Kurdish movement.

That would seem an unlikely prospect given the fact that the right-wing nationalist Good Party, a splinter party from the MHP and the second biggest party of the main opposition alliance (which also includes the CHP, three conservative parties – the Democracy and Progress Party, Future Party and Democrat party – along with the Islamist Felicity Party) remains viscerally opposed to entertaining any kind of relationship with the HDP, let alone to making any deals. Yet on the other hand the main opposition alliance (as well as the second opposition alliance that brings together the HDP and smaller left-wing parties) has vowed to dismantle the executive presidency, introduced at the Bahçeli’s instigation.

The MHP leader’s motive in doing so was not to cater to Erdoğan’s personal hunger for power, but to shore up the power of the state. From Bahçeli’s vantage point, the presidential system has the benefit of limiting the space in which the Kurdish movement can wield influence. Returning to parliamentarianism would give the HDP, the third biggest party in the Turkish Grand National Assembly, or another future Kurdish successor party if the HDP is closed down, a potential role as kingmaker in parliament. This, as the nationalist cadres in the Turkish state see it, is what is at stake in the presidential election.

Ultimately, the political destruction of İmamoğlu is meant to demonstrate that the alliance supported by the Kurdish political movement that carried him to victory is not going to be allowed to repeat its success at the national level.

CONCLUSIONS: The history of Turkish democracy has been shaped by the pull between respect for popular sovereignty and the protection of what has been deemed to be in the interest of the state. Ever since the first free election in 1950 the slogan “Enough, the word belongs to the People!” has resonated in Turkish politics, setting a limit for how far authoritarianism can be pushed and for how long it can be sustained. Not coincidentally, the periods of military rule, while destructive both in the short and long term have nonetheless been kept short. Reasonably, President Erdoğan is cognizant that the Turkish public is sensitive to infringements of popular sovereignty, in particular since Erdoğan owed his rise to national prominence in part to the injustice that the state meted out when it ousted him as mayor of Istanbul and briefly imprisoned him in 1999.

Yet statism, and in particular the notion that raison d’état must ultimately take precedence over popular sovereignty, is equally embraced by society in general. Pluralism in Turkey is impaired not only because the state suffers from an abiding perception of insecurity, which leads it to see those who challenge the established order – historically, these have mainly been leftists and Kurds – as threats to the state that must be dealt with unapologetically. The perception that a society as ethnically, culturally and socially diverse as that of Turkey cannot be permitted too much freedom lest it endangers the survival of the state is anchored among the people as well. This is ultimately the reason why the injustice that the state has committed against the elected mayors in the Kurdish cities of Turkey has not elicited any reaction from the Turkish opposition parties.

These expect to benefit from a probable removal of Ekrem İmamoğlu from office, and in theory, such a move by the regime would enable the opposition to turn the presidential election into a referendum about popular sovereignty. However, to succeed the six party main opposition alliance would have to convince voters in Diyarbakır, Mardin and Van that it is as sensitive about their sovereignty as it is about that of the electorate in Istanbul. This is unlikely.

While the CHP and the two splinter parties from the AKP, led by Ali Babacan and Ahmet Davutoğlu respectively, do seek to sway Kurdish voters, Meral Akşener’s right-wing nationalist Good Party resists making any democratic openings to the Kurds. This division between rigid statist-nationalism and popular democracy runs through the ruling alliance of the AKP and the MHP as well. To tip the balance in favor of popular democracy, Turkey needs a rearrangement of political alliances.

Halil Karaveli is the Editor of the Turkey Analyst and a Senior Fellow with the Central Asia-Caucasus Institute & Silk Road Studies Program.

More in this category: « The President’s Man: Mevlüt Çavuşoğlu and Turkey's Changing Foreign Policy The Istanbul Bombing and Soylu’s Power Play »
back to top