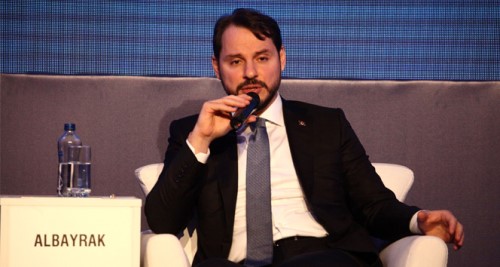 BACKGROUND: On November 8, 2020, Berat Albayrak, Turkey’s Finance Minister since 2018, announced in an Instagram post that he had resigned. The resignation of Albayrak was a surprise: he was not only finance minister, but also President Erdoğan’s son-in-law and heir apparent. Yet it should perhaps not have come as a surprise given that the Turkish economy was on the brink of collapse.

There was a growing risk of another currency crisis similar to the one that Turkey suffered in 2018. The current account deficit has increased, short-term external debts are extremely high, and the efforts to defend the Lira have heavily depleted the central bank’s foreign exchange reserves. Turkey is estimated to have spent more than $100 billion of its foreign exchange reserves to prop up its currency. Yet it was to no avail: the Turkish Lira has lost around 30 percent of its value against the U.S. dollar since the beginning of this year.

Also, Berat Albayrak’s failure has serious political implications for the governing Justice and Development Party (AKP). According to the latest polls, the support for president’s party has for the first time fallen below 30 percent. The economic failure has caused discomfort within the ruling party, and dissatisfaction with the former finance minister was widespread. But the responsibility for the failed economic policy was not Albayrak’s alone. President Erdoğan has kept a heavy hand over economic and monetary policy.

Erdoğan, a self-described “enemy” of interest rates, fired one of the former heads of the Central Bank for not reducing the policy rate. “I am an enemy of interest earnings. I see it as a tool of exploitation,” he has stated, as “interest rates are the mother and father of all evil.”

Albayrak echoed Erdoğan’s views when he pledged that “Inflation and interest rates (will) decline in the coming period”. However, the sharp fall in Central Bank Policy Rate, from a peak of 24 percent in June 2019 to 8.25 percent last May, has destabilized the Turkish economy and weakened disinflation prospects. Meanwhile, interest rate cuts pushed real rates into negative territory. Negative rates on domestic deposits increased dollarization, the practice of substituting dollars for domestic currency. The share of saving deposits of the population, held in currencies such as U.S. dollars had reached 60.3 percent as of November 2020. Inflation remains high, at 11.9 percent, and negative yields due to the high inflation, together with mounting concerns over the central bank’s depleted reserves as well as escalating tensions with the European Union over the eastern Mediterranean have sharply hit the lira.

Also, most worryingly, unemployment is high and rising. According to the Research Center of the Confederation of Progressive Trade Unions of Turkey (DİSK-AR), the unemployment rate reached a record rate of 26.7 percent this summer. The majority of Turkey’s population now faces the risk of being plunged back into poverty as GDP per capita is expected to fall under $8,000 this year, a return to the 2005 level.

IMPLICATIONS: On November 7, a day before Albayrak quit, Naci Ağbal, the former head of President’s Directorate for Strategy and Budget, was appointed governor of the Central Bank. Reportedly, Erdoğan had sounded out Ağbal in September regarding a possible appointment to the finance ministry. Ağbal was critical of the policies that were implemented by Albayrak and he is considered to be an adherent of mainstream economic principles. In retrospect, his appointment to the Central Bank (instead of the Finance Ministry) on November 7 triggered the subsequent resignation of Albayrak.

During the tenure of former Central Bank governor Murat Uysal, the policy rate had for a long time been kept in a negative area, resulting in the steep devaluation of Turkish Lira. On his first day on the job, new Central Bank governor Ağbal declared that the Central Bank’s primary objective was “to achieve and maintain price stability” and "to this end all policy tools will be utilized." Thus, the Monetary Policy Committee led by the new Governor on November 19 decided to increase the policy rate from 10.25 percent to 15 percent, a point higher than the inflation rate. The rate hike, together with the statement by the Central Bank that its primary objective is to fight inflation, is interpreted as shift back towards more orthodox policymaking at the Central bank.

The reset of monetary policies is mirrored in the changed rhetoric of President Erdoğan, who stated that the country would need to “swallow a bitter pill”, and that “we will be more focused on earning trust and credibility in economic policies”. But Erdoğan also vowed to pursue judiciary reforms, saying that “we are continuing the judicial reforms that we began last year in a way that will strengthen the economic confidence climate."

The resignation of Albayrak, the change of the governor of the Central Bank and the u-turn in Erdoğan’s rhetoric had immediate effect, prompting a rally in Turkey’s financial markets. In November, the lira gained 10 percent against the US dollar. Yet the change in the rhetoric notwithstanding, there is reason to doubt the Turkish government’s willingness to carry out reforms. For one thing, President Erdoğan has not abandoned his unconventional economic theories: only a day before the Central Bank held its first policy meeting under its new Governor, Erdoğan reiterated that “we shouldn’t let our investors get crushed by high interests.”

It would be naive to assume that the new Central Bank governor Naci Ağbal will act independently. On the contrary, Ağbal is reporting directly to President Erdoğan, who maintains a hands-on approach to monetary policy. The latest rate hike would not have been realized without the approval of the president.

Economic analysts predict that the expected rise in inflation will make further rate hikes necessary in the coming months. The American investment bank Goldman Sachs writes that “with inflation expected to reach 12.5 percent by the end of the year and to rise towards 14 percent in the first quarter of 2021, we think that a real rate buffer of 2-3 percent would require higher rates. Hence, we maintain our forecast that the policy rate will eventually rise to 17 percent.”

Yet new hikes will ultimately depend on Erdoğan and his political priorities. If the economic recovery struggles to gather momentum over the coming quarters, unemployment remains staggeringly high, and the hemorrhaging of the AKP’s support is not stemmed, Erdoğan might well conclude that the revisited orthodox approach to monetary policy is not paying any dividends and feel compelled to return to Albayrak’s unorthodox monetary policies, that is, to stimulate the economy with cheaper and larger amounts of credit. This, however, would inevitably further destabilize the Turkish economy and would risk precipitating yet another crisis.

There are also legitimate doubts about the sincerity of Erdoğan’s reconversion, if only in rhetoric, to reforms more generally. In a speech on November 22, Erdoğan said that Turkey’s future is in Europe “and nowhere else.” Erdoğan also reiterated Turkey’s commitment to the “long-standing and close alliance with the United States,” expressing his wish to cooperate with the U.S. on “all regional and global issues,” statements that no doubt were prompted by the election of Joe Biden, who is sharply critical of Erdoğan. Biden’s victory also deprived Albayrak of his privileged position as a conduit to the White House, as the personal relationship that the former finance minister entertained with President Donald Trump’s son-in-law and Middle East adviser Jared Kushner lost its meaning.

Yet Erdoğan’s embrace of Europe and his vows in several statements recently to pursue judicial reforms have failed to convince the opposition. The former Finance Minister (until 2015) of the AKP government, Ali Babacan, who heads the conservative Democracy and Progress Party (DEVA), commented that the change in discourse is related to the "sinking economy," arguing that "when they started to realize that they sank the economy, they began to talk about the European Union."

CONCLUSIONS: Assuming that Erdoğan is sincere when he signals judicial and other reforms, he still remains constrained by his alliance with, and reliance on, the far-right Nationalist Movement Party (MHP) that fiercely opposes political liberalization. The forced resignation of former Deputy Prime Minister Bülent Arınç from the Presidential High Advisory Board is a case in point.

Arınç, apparently emboldened by Erdoğan’s embrace of judicial reform, in an interview on November 20 criticized the indictment of the businessman and philanthropist Osman Kavala, who has been imprisoned since 2017 and called for his release, as well as the release of the former co-chair of the pro-Kurdish Peoples’ Democratic Party (HDP), Selahattin Demirtaş, imprisoned since 2016. Devlet Bahçeli, the leader of the MHP, fiercely slammed Arınç’s comments and described him as a "terror lover". Erdoğan distanced himself from Arınç, saying that “no one’s personal opinion can be linked to the president, our government and our party,” prompting Arınç to resign from the Presidential High Advisory Board on November 24.

President Erdoğan is certainly right to point to the need of reforms to restore the confidence of international investors in Turkey. Yet his determination, and even if he is sincere, to see reforms through is very much in doubt.

Barış Soydan is a columnist at the Turkish news site t24.

More in this category: « Has Turkey Outfoxed China in Azerbaijan to become a rising Eurasian power? Black Sea Gas Find Gives Turkey Leverage against Russia »
back to top