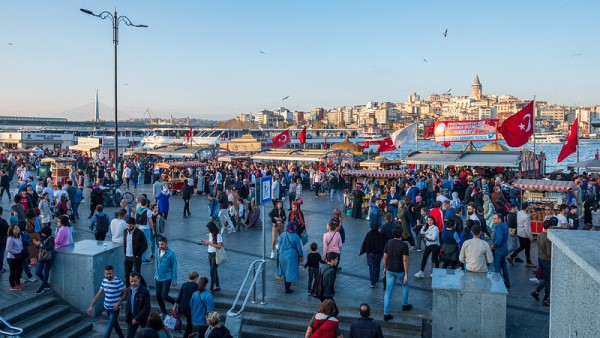 BACKGROUND: In early May 2021, Sedat Peker, a reputed gangster posted the first of what is currently nine videos to Youtube. Each video features him orating at great length about crimes committed by many of the most well-known figures in Turkish politics. When the first of these recordings was released, the Turkish news cycle was enduring a painful trough. An extended quarantine had been declared days earlier, forcing millions of Turkish citizens to remain behind closed doors. Multiple indicators suggested the country’ summer tourism industry was in peril. The lira, like the Turkish economy at large, was continuing to deteriorate under the strains of the pandemic and political uncertainty. The gloom of this period provided the tinder for Sedat Peker’s tell-all videos to take flight. Tens of millions now have watched the reputed gangster implicate a variety of powerful figures in supposed acts of murder, rape, corruption and drug trafficking. Turkey’s opposition press has feasted off of these revelations, leading to open speculation of fissures and infighting among President Recep Tayyip Erdoğan’s governing coalition. Though nation-wide elections loom far off into the future, the discomfort created by Peker’s videos have renewed hope among critics that the ruling Justice and Development Party (or AKP) may fall at long last.

The nature of Peker’s accusations, to a large degree, cast a shadow over figures generally associated with Turkey’s political future. The central focus of his charges is the country’s powerful interior minister, Suleyman Soylu. As one of the AKP’s fiercest and more media-savvy personalities, Soylu is often assumed to be a natural candidate to succeed Erdoğan. Peker has also tarred other assumed contenders to Turkey’s presidency, such as Binali Yildirim, the former prime minister, and Berat Albayrak, Erdoğan’s disgraced son-in-law. In a country where public discussion is so often stifled or censored, what Peker appears to offer is a peak at the dirty secrets of these would-be successors.

For those with a political memory that predates Erdoğan’s ascendancy in 2003, Peker is a throwback to a dark era in Turkish politics. He is specifically synonymous with the so-called Susurluk scandal of 1996, a scandal which revealed government efforts to employ gangsters as hitmen in targeting those suspected of association with the Kurdistan Workers Party (PKK). In this light, what Peker’s videos appear to suggest is that Turkey is again a country where politicians behave like thugs and gangsters pass themselves off as patriots. Either way, the videos appear to bring Erdoğan’s Turkey full circle. When Erdoğan took power, he promised to end Ankara’s culture of corruption and to govern with clean hands. Now, almost two decades later, a similar air of lawlessness and venality appears to consume the country.

IMPLICATIONS: The videos do appear to reinforce certain realities regarding the Turkish state’s relationship with organized crime. In considering both the content and nature of Peker’s revelations, three long-standing historical tropes are on display.  The borders between Turkey’s underworld and legitimate “overworld” often blur. Since the foundation of the Turkish Republic in 1923, illicit industries have helped bind the interests of criminals and politicians together. Smuggling, above all, has been at the core of the relationships formed between illicit and otherwise legitimate actors. Peker accuses several former senior officials with complicity in attempting to import large amounts of cocaine into the country. If this charge proves to be true, such behavior is by no means unprecedented. Under various administrations, cabinet officials have colluded with local syndicates in the drug trade. In some parts of the country, particularly along Turkey’s southern and eastern border, local civic and business leaders have long played a role in smuggling various types of contraband goods. Peker’s accusations, more than anything, confirm that this pattern of collusion has not changed.

Sedat Peker is representative of a historic, but perhaps dying, class of political gangster. He, along with other aging luminaries of Turkey’s underworld, specifically identify themselves with the kabadayı tradition of Turkish crime. Kabadayıs are typically men who earn their livings as extortionists and political fixers. As a mainstay of urban crime dating back to the country’s Ottoman past, this breed of gangster is highly romanticized in Turkish popular culture and politics. Beginning in the 1970s, kabadayıs assumed greater public prominence as allies of political parties. Sedat Peker is among the last in this line of godfathers and ranks among the most powerful crime figures associated with Turkey’s ultra-right. Why he has assumed such a presence in contemporary Turkey, however, speaks more to the current influence of the country’s extreme right, the Nationalist Movement Party (MHP) , which since 2015 is in coalition with the Justice and Development Party (AKP).

Peker has been strongly associated with the AKP-MHP ruling coalition. Yet why he has turned against his former patrons in Ankara remains somewhat murky. What is clear is that his status as a hard man with deep ties to Turkey’s ruling establishment makes him both evocative and seemingly authentic.

One cannot watch Sedat Peker’s videos without acknowledging the violent history of Turkey’s far-right. For decades now, paramilitarism has been a cornerstone trait of the MHP, which was founded in 1969. Youth groups specializing in martial arts and military training have been a mainstay of recruitment to the party. During the 1970s, these groups, then known as the Grey Wolves, were engaged in a killing campaign against leftists. Several of the country’s more renowned gangsters, including Peker, cut their teeth as members of these organizations. Over time, they earned their political credentials as thugs willing to intimidate and kill in the service of the MHP and the Turkish state itself.

Peker’s strange ascendency makes it clear, however, that there are new trends in this historical relationship. After his release from prison in 2015, he openly campaigned for Erdoğan’s AKP. Both he, as well as other right-wing gangsters, have threatened to unleash their supporters on the government’s political opponents. Groups more closely aligned with the AKP have echoed these calls. Since the 2016 coup attempt, the government, as well as its supporters at large, has attempted to form their own paramilitary networks. Among the most notorious is SADAT, a private security company linked to the recruitment of foreign mercenaries on behalf of the Turkish military. The extent to which these various factions cooperate with one another remains unclear. Peker has feuded with other prominent gangsters also known for their association with armed activism. In one of his more recent videos, he called attention to SADAT’s role in supplying arms to jihadi fighters in Syria. As time progresses, the potential for violence may not be limited to potential attacks on government opponents: right-wing paramilitaries may eventually turn on each other.

Finally,  the videos also reflect a fourth, although somewhat less certifiable, historical trope: Beginning with his tenure as mayor of greater Istanbul, Erdoğan went out of his way in cultivating a reputation for competency and accountability. He remains fond of saying that his efforts to build a more virtuous nation and responsible state are what sets his “new Turkey” apart from the old. However, as one looks more closely at his historical track record, his reputation as a genuinely “clean” administrator has long been marred by evidence to the contrary. As early as his days as Istanbul’s mayor, Erdoğan was implicated in a corruption scandal concerning the city’s public transportation system. International observers suggested as early as 2012 that the Turkish government was abetting a host of smuggling schemes on the country’s border with Syria. Years later, investigators implicated the sons of several cabinet ministers in graft and sanctions circumvention scheme spanning Turkey and Iran. Evidence provided in a U.S. federal court suggests that Erdoğan was both aware of these arrangements and personally benefited from these illicit dealings. Peker’s videos, it would seem, adds further weight to popular suspicions that Erdoğan’s pension for corruption and easy dealing may be among his most enduring legacies.

CONCLUSIONS: As the Turkish public grapples with the repercussions of a crippled economy and a grinding pandemic, Turkey’s twitter-sphere, as well as much of its press, remains transfixed on the revelations of Sedat Peker. The videos do appear to reinforce certain realities regarding the Turkish state’s relationship with organized crime, and with the extreme right. Above all, the impact of this reputed gangster on Turkish politics speaks to the influence of the country’s extreme right, which fits neatly within the country’s broader historical development since the 1970s. The relation between President Erdogan and the far right has been decisive in enshrining authoritarian rule since 2015. Peker’s videos are a reminder of the obstacle to democratization that the far right networks in the state represent.

Ryan Gingeras is a Professor at the Naval Postgraduate School and the author of several books on Turkey, including Heroin, Organized Crime, and the Making of Modern Turkey (2014) and Eternal Dawn: Turkey in the Age of Atatürk (2019), both with Oxford University Press.

More in this category: « Five Years after July 15: Erdogan’s New Turkey and the Myth of Its Immaculate Conception The "Dostuk" Deal: Boosting Pan-Turkic Energy Cooperation »
back to top