BACKGROUND:  On December 17, the power struggle between Prime Minister Recep Tayyip Erdoğan and the followers of the Muslim cleric Fethullah Gülen – a movement that is commonly referred to in Turkey as the “cemaat”, while its members prefer the term Hizmet – escalated dramatically. The police detained 52 people on accusations of accepting and facilitating bribes for state projects and receiving construction permits for protected areas in exchange for money. The accused included the sons of three cabinet members, businessmen, officials and the mayor of the Fatih district in Istanbul from the Justice and Development Party (AKP).

Interior Minister Muammer Güler's son Barış Güler, Economy Minister Zafer Çağlayan’s son Salih Kaan Çağlayan and Environment and Urbanization Minister Erdoğan Bayraktar's son Abdullah Oğuz Bayraktar were detained. With the police also detaining the Environment Ministry’s General Manager, the Environment Minister’s Adviser and Economy minister Çağlayan’s executive assistants, the operation amounted to an unprecedented challenge to the authority of Prime Minister Erdoğan. Gülen’s followers are entrenched within the police and the judiciary, so it was immediately clear that the detentions represented the reaction of the Hizmet movement to the AKP government’s recent initiative to shut down the student prep schools that represent a vital source of revenue as well as recruits for the movement.

The response of the government was swift:  two assistants of the Istanbul Police chief and four assistant chiefs, including the chiefs involved in the execution of the anti-corruption operation, were dismissed from their posts. In a statement on December 18, Erdoğan hinted that more dismissals can be expected. Speaking at an AKP rally in the city of Konya on December 17, Erdoğan had already demonstrated defiance: “We are not going to cave in to any threats,” he vowed. “They can try any ugly methods they want, they can enter foul alliances, I repeat once again: in Turkey, it is the people that decide. Those who are backed up by dark forces, by gangs, cannot decide the course of this country. Terror was unable to bring this nation to its knees; it will not do it­.”

At a press conference the following day, Erdoğan reiterated that the operation in question is “a very, very foul operation”, and he claimed that its instigators are to be found abroad: “You yourself can estimate who these are.” Erdoğan may have had in mind Fethullah Gülen who lives in self-imposed exile in the United States; but he was, more likely, conjuring the specter of a broader, international “conspiracy” that includes, notably, Jews. That was what Erdoğan and some of the AKP representatives did after the Gezi protests, when they alluded to “global finance” as one of the alleged instigators of the protests. Indeed, Erdoğan went on to draw a parallel to the Gezi protests in Istanbul in May-June: “This is a process that started with Gezi, and now they have taken another step. This is a type of gang. This is an attempt of the gangs to constitute a state within the state.” The pro-AKP daily Yeni Şafak “reported” that Mossad, the Israeli intelligence agency, was behind the police operation against the relatives of the cabinet ministers, among others.

From Erdoğan’s perspective it all seems to make “sense”:  in contrast to the AKP government, the Gülen movement advocates friendly relations with Israel – indeed the first rift between the movement and the AKP government occurred over the Mavi Marmara incident in 2010, as Gülen expressed his disapproval of the attempt to defy Israel. (See 7 June 2010 Turkey Analyst) It would thus appear “logical” for Erdoğan to assume that the Gülenists benefit from the support of Israel in what he has come to see – since the Gezi protests – as a concerted effort to unseat him. 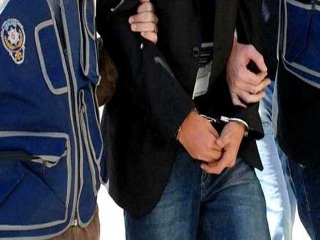 IMPLICATIONS: While the reference to a “process” that allegedly “started with Gezi” clarifies how Erdoğan frames the threat against him, his use of the words “terror” and “gangs” in his statements in turn provide clues as to how he intends to deal with this very threat. Deputy Prime Minister Bülent Arınç for his part stated that “this is now a war”.

A government that vows that it will not allow “terror” to bring the nation to its knees is thus declaring that it is going to wage “war” against the “gangs” that have constituted a “state within the state”.  These words are not of a kind to be taken lightly; they clearly announce that Erdoğan has resolved to assert his full authority over the state and that a final purge of the Gülenists from the state apparatus – notably in the police and the judiciary – is in the making.

As Erdoğan has now realized that the Gülenists within the police and the judiciary have accumulated incriminating evidence against the AKP establishment, he has no choice but to neutralize the power instruments that the Gülen movement has now shoved that it does not hesitate to deploy against him. Just like the government’s move against the movement’s principal source of income and recruits convinced the Gülen movement that its survival is at stake, so Erdoğan appears to have concluded that his political survival depends on purging the movement from the state apparatus.

There are no historical precedents that help predict the full consequences of the current civil war within the state. What is being played out today is unprecedented in the history of the Turkish republic. Erdoğan may succeed in delivering a huge blow to the Hizmet movement and also in asserting control over the state apparatus. However, this will hardly be the final word in the power contest. As the new year is going to be a crucial election year – with municipal elections in March 2014, followed by a presidential election in August – there is every reason to expect that what has by now become a struggle to death between the two rival exponents of Islamic conservatism in Turkey is going to be played out in new arenas, with subsequent, significant electoral ramifications.

Eradicating the Gülenists from critical state functions may ensure that AKP ministers and officials will no longer have to fear arrest, but the corruption charges that the former have accumulated can still be made public and used to hurt the AKP in the upcoming elections.

If, which seems probable, the Gülen movement takes a big hit and is purged from its power positions in the state, it will have to prepare a comeback by seeking new alliances and courting audiences beside the Islamic conservative constituency. Indeed, such a realignment may already be in the making, as the Gülenists and the social democratic Republican People’s Party (CHP) seem to be exploring what could be a possible, united path against the AKP. However, to judge by comments in Kemalist nationalist publications, those who were the privileged targets earlier of the operations of the police, tend to be more inclined toward lining up behind Erdoğan against the Gülenists, who are seen as having been the principal, driving force behind the Ergenekon and Sledgehammer cases that sent droves of Kemalists to prison.

Yalçın Akdoğan, Erdoğan’s chief advisor, may turn out to have made the most prescient observation these days: he warned the Gülen movement that a “lose-lose situation” threatens. In their attempt to prevail over each other, the Gülenists and the AKP may both end up being losers. What is certain is that neither the AKP nor the Hizmet movement is holding up an edifying picture of itself to the pious conservatives who are their common base. The former is tainted with the suspicion of widespread corruption, and the latter acts in a way that makes it vulnerable to accusations of being a sinister “gang” that is trying to stage a coup. Their respective claims of being pious Muslims cannot be reconciled with the fact that they are at each others’ throats. There is indeed already a casualty of the civil war of the Islamic conservatives, and that is the narrative of victimhood that had legitimized their rise to power.

According to this narrative, pious Muslims had supposedly been victimized by the vicious, “secularist” Turkish state, and their ascent to power represented the victory of society over a brutal state. Now, the Gülenists have concluded that Erdoğan is more brutal than the secular generals, while Erdoğan’s supporters see the “cemaat” as just another version of the old, hated deep state that conspires to undermine the elected, “pious” government.  Assailing Kemalism from Islamic quarters will henceforth ring hollow.

CONCLUSIONS: If it is to survive, the Gülen movement will both need to challenge Erdoğan’s hold over the conservative base, and acquire new friends. That requires that it reinvents itself, abandoning the obsession with capturing the state, lest the movement be permanently viewed with suspicion in society.

Erdoğan’s political fortunes, meanwhile, depend on preserving his conservative constituency intact; faced with what will probably be mounting charges of corruption against his party, he will have to counter the impression of impurity, reestablishing the notion that AKP is “clean”. Erdoğan also needs to convince the conservatives that the Gülen movement is a “gang” in collusion with hostile foreign powers – i.e. Israel and the United States – against the “pious” government. It was easy to mobilize the conservatives against the secular Gezi-protesters, but it may prove more challenging to discredit what used to be fellow Islamic conservatives.

More in this category: « Trade can be an Ice-Breaker in Turkish-Israeli Relations Falling Facades: The Gülen Movement and Turkey's Escalating Power Struggle »
back to top