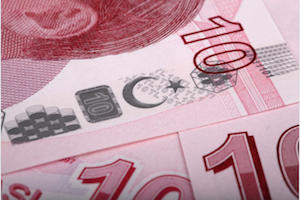 BACKGROUND:  In “Chronicle of a Death Foretold,” Colombian novelist Gabriel García Márquez narrates the story of a murder that every character in the novel knows is going to take place, but which still cannot be prevented. In Turkey, an economic crisis that has similarly been foretold has now erupted. Everybody knew it was coming. Alarm bells were ringing in the reports of international institutions, credit rating agencies and investment banks. "There is a risk of a hard landing for Turkey’s overheating, credit-fueled economy," warned S&P Global Ratings on May 1, 2018, when it lowered the country’s credit rating.

Overheating is indeed the keyword to understand Turkey’s economic woes. Turkey had the highest growth rate in 2017 among the G20 countries, with 7.4 percent. A large part of this growth came from the government’s aggressive economic stimulus program, launched shortly before the referendum on the presidential system in April 2017. The Turkish government established a 250 billion Turkish lira ($68 billion) credit guarantee facility, cut taxes, and increased spending. The stimulus helped President Recep Tayyip Erdoğan win the referendum, albeit narrowly, but it also contributed to a marked increase in Turkey’s current account deficit and inflation. As the current account deficit increased, Turkey’s dependence on foreign capital inflows has surged correspondingly.

Within one year, the current account deficit soared to 5.5 percent of GDP, its widest since the “Fragile Five” days of 2013. The other members of “Fragile Five” Club –India, Brazil, South Africa, and Indonesia–have all put their current accounts substantially in order since then, leaving Turkey a prime candidate for the first domino to fall in the next storm.

Another ramification of the 2017 referendum stimulus was the double digit inflation that jumped to 13 percent on a yearly basis last November.

As a result of these jumps, the Turkish lira had depreciated considerably in 2017. To restore confidence in the lira, foreign investors were waiting for a strong, hawkish signal from the Turkish Central Bank. What they neither knew nor suspected was the Central Bank’s impotence in regard to interest rates. Turkey’s slide into authoritarianism has also circumscribed the independence of the Central Bank, and it was no secret that the president opposed interest rate hikes.

At the beginning of 2018, Turkey was looking fragile again. It was clear that the government’s intention was driving growth ahead of the crucial presidential and general elections.  The time bomb under Turkey’s economy was the short FX position of the nonfinancial sector, which stood at US$212 billion (25 percent of GDP) in January. The period of strong growth has been accompanied by rising leverage in the private sector. In early the 2018, the government introduced a floor of US$15 million for the total FX liabilities of the companies with no FX income. It was too little and too late. In February, Turkish cookie giant Yıldız Holding requested the banks to restructure $6.5 billion of debts. Pandora's Box had opened. Major companies such as Doğus Holding, Unit Investment, and Bereket Energy have followed Yıldız. Investors’ concerns about debt problems in Turkey started to materialize, putting pressure on the lira.

To make things worse, the program known as "quantitative easing" (QE), implemented by the U.S. Federal Reserve after the 2008 financial crisis, was over. The European Central Bank was preparing to end its own QE program, as well. The end of QE and the rise in interest rates in developed economies are creating the conditions for a perfect storm in the emerging markets. A resurgent dollar and a jump in borrowing costs have caused havoc across emerging markets. Argentina had already requested IMF assistance after the peso weakened sharply in an investor exodus from emerging markets. There was a feeling in the air that the cheap money party, stemmed from quantitative easing, was coming to an end, and that Turkey could be the second domino to fall.

IMPLICATIONS: President Erdoğan did anything but inspire confidence among international investors when he visited London in May 2018. In an interview with Bloomberg Television, Erdoğan said that he planned to assumed greater control of the economy after the snap presidential and parliamentary elections. This increased investors' worries about the central bank's ability to fight inflation.

A portfolio manager, who attended a meeting with Erdoğan, related that the president had been "very honest" and clear about where he expected interest rates to go if he were to  secure reelection: " Erdoğan said when he (is re-elected) president, he will ensure rates will be low, not high," the portfolio manager said. "His view is that high rates lead to high inflation, I'm not sure I agree with that view."

Concerns about Erdoğan’s remarks sparked a sell-off in Turkish assets. The lira slumped to record lows and yields on long-term government debt raised to the highest on record.

The anxiety among investors was not confined to the economic sphere. Turkey’s slide into authoritarianism has caused tensions with its Western allies, and the political risk premium of the Turkish assets increased palpably with Ankara’s growing isolation. A fund manager in London pointed out what international investors would like to see in Turkey: “Central bank independence, press freedom, a better foreign policy approach and relations with countries, a better Middle East strategy, and improved domestic policy."

But against the backdrop of what has been a rapid economic growth (The Turkish economy had grown by a faster-than-expected 7.4 percent), Erdoğan could secure reelection with 53 percent of the votes. His re-election was not a surprise for the investor community; the surprise came when the president appointed his son-in-law as treasury and finance minister.

The trigger of the present crisis was the Central Bank’s decision not to raise the interest rate, when the consensus expectation was of a 100 basis point tightening.

The diplomatic rift between Ankara and Washington as a result of the detention of the American Pastor Andrew Brunson, an evangelical missionary who was arrested in October 2016 and who has been indicted on charges of espionage and links to terror organizations, worsened matters. In retaliation, the United States imposed sanctions against Turkish minister of Justice Abdülhamit Gül and interior minister Süleyman Soylu, while doubling the tariffs against Turkish steel and aluminum.

After a Turkish delegation to Washington failed to make progress towards the lifting of U.S. sanctions, the currency fell to an all-time low of TL5.567 against the dollar on 9th of August. The day after, on the “Black Friday”, the slide turned into a crash: the lira dropped as much as 18 percent. It has thus lost more than 40 per cent of its value since the start of the year.

The crash of the lira is likely to raise inflation above 25 percent and push the economy into recession in the last quarter of 2018 and probably in the first half of 2019. The currency crisis will likely have a lasting impact on Turkey’s ability to finance itself abroad, as well. Turkey is scheduled to deal with $180bn of external debt maturing in the next year and a current account deficit of $50bn. Ankara’s ability to improve relations with Washington and remove the threat of further sanctions, which is weighing on capital flows, is going to be crucial.

CONCLUSIONS:  Until now, Erdoğan has blamed the crash of the lira on the United States, claiming that those who plotted against Turkey in the failed coup attempt in 2016 are now trying to target the country through its economy, and pledging to fight back. However, Erdoğan’s track record shows that pragmatism dictates his foreign policy, while Turkey’s enduring strategic importance to NATO means that its Western allies have an interest in preventing relations from deteriorating further.

Yet what if Erdoğan chooses to burn the bridges? "If the US continues to disrespect Turkey, the government will seek new friends and allies,” he warned recently. Whether a bluff or a real threat, raising the specter that Turkey would consider withdrawing from NATO and aligning with Russia and China is bound to make international investors more uncomfortable than what they already are.

In fact, Russia and China are unlikely saviors as both have their own problems with the U.S. The Russian economy is struggling with the impacts of U.S. sanctions, and new sanctions targeting leading state-controlled banks are on the way. China's economy, meanwhile, faces a slowdown. The trade war with the United States is complicating Beijing’s efforts to fix the economy.  When struggling with problems of their own, neither China nor Russia could or would want to underwrite Turkey's huge debts. So far the only country that has offered Turkey tangible support is Qatar. But Qatar’s pledged support of $15 billion dollars is not anywhere near enough to shelter the Turkish economy from the rising financial storm.  Turkey has no alternative to Western capital. Sooner or later, Turkey is going to have to do whatever it takes to restore the confidence of Western investors.

Barış Soydan is a columnist for the Turkish news site T24. He worked as editor-in-chief of TurkishTime and Power, Turkish business monthly magazines and as managing editor of the daily Sabah.

Picture credit: In the Public Domain accessed on August 22, 2018